skip to main | skip to sidebar

It's No Coincidence That the Ring Is Destroyed on March 25

What with today's being the feast of the Annunciation, I figured it would be as good a day as any to post an excerpt from this article by the ever interesting Joseph Pearce, who explains why, despite the persistent protestations of some skeptics, The Lord of the Rings is a fundamentally religious and Catholic work — which, I suppose, is a bit like shooting fish in a barrel, since Tolkien himself said LotR is, you know, "a fundamentally religious and Catholic work."

If, however, Christ is never mentioned by name in The Lord of the Rings, how can we discern his invisible presence?

The most obvious parallel between Tolkien's myth and the Christian truth it reflects so faithfully is in the nature of the quest which constitutes the principal animus of Tolkien's story. The journey of Frodo and Sam into the very heart of Mordor in order to destroy, or unmake, the Ring in the fires of Mt. Doom is emblematic of the Christian's imitation of Christ in carrying the cross of sin.

All of this would be deducible from the story itself but Tolkien makes the parallel even more explicit. "I should say," he wrote, explaining the final climactic moments on Mt. Doom, "that within the mode of the story [it] exemplifies (an aspect of) the familiar words: 'Forgive us our trespasses as we forgive them that trespass against us. Lead us not into temptation but deliver us from evil.'"

As if this were not enough to silence those skeptics who obstinately refuse to acknowledge the overriding Christian dimension in The Lord of the Rings, Tolkien makes it even more unmistakable, and unavoidable, in the fact that the climactic attempt to destroy the ring, and in consequence the Dark Lord who had forged it, occurred on "the twenty-fifth of March."

The significance of this date will not escape the attention of Catholic scholars, though it is certainly overlooked all too often by Tolkien's non-Christian admirers. Tom Shippey, an Anglo-Saxon scholar and Tolkien expert, states in his book, The Road to Middle Earth, that in "Anglo-Saxon belief, and in European popular tradition both before and after that, March 25 is the date of the Crucifixion." It is also, of course, the Feast of the Annunciation, the celebration of the absolute center of all history as the moment when God himself became incarnate as man.

My only thought to a dd would be that Tolkien preferred applicability when it came to liturature. To say that this is exactly what he meant and nothing else is a domination of the author ( his words, in the forward to the second edition on 'Lord Of The Rings')
But I would say that God is in Lord of the Rings but is never physically present. There is no jesus figure. But reading the Silmarillion we see there is one God and angels more or less. And what he is really trying to do is have his books happen before the bible but in the same cannon. So yes god is very present in Lord Of The Rings but never as directly or allegorically as you have said here. 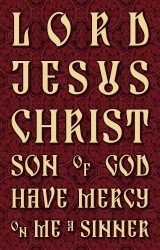 John Jansen
Berwyn, Illinois, United States
I'm the father of seven and the husband of one.

Why the name "Lunch Break"? Because any and all blogging herein will be done on my lunch break. And because I couldn't think of anything better to name it.

This is a blog about Catholicism, culture, Dad-related stuff, and whatever else happens to be on my mind.